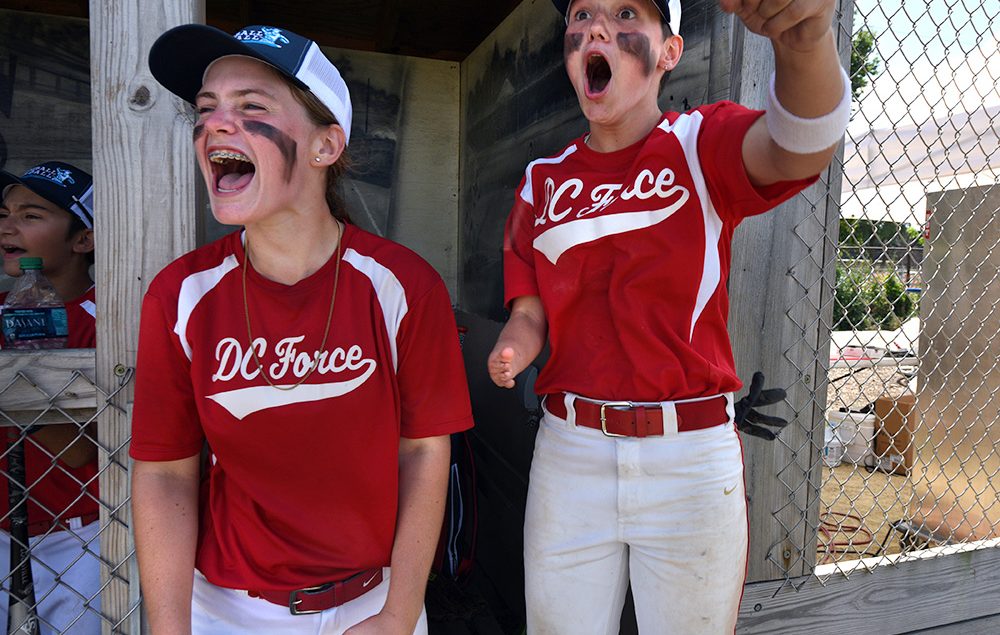 “I love the competition and the challenge,” she says. “Baseball is not just a physical game. It’s a mental game too. You have to have a good memory, but if you make a mistake, you have to be able to forget about it and move on to the next inning.”

Apgar, 15, was one of the nearly 300 girls, ages 9-18, who converged on Rockford, Illinois, last summer for four days of spirited competition. They came from across the United States and from as far away as Australia and France for the Baseball for All Nationals, the largest girls-only baseball tournament in the world. The event brought together the past, present and future of women and the national pastime. Games were played at Beyer Stadium, home of the iconic Rockford Peaches, the team immortalized in the movie “A League of Their Own,” and players wore patches commemorating the 75th anniversary of the All-American Girls Professional Baseball League.

“Usually you don’t see women playing baseball,” Apgar says. “So this really helps break down barriers not just for baseball but for women in sports too.”

In truth, girls and women have played baseball almost since the sport’s invention. Today more than 100,000 girls play youth baseball nationwide, according to Baseball For All, an organization that promotes girls’ participation in the sport. But at the high school level, girls are often pushed away from baseball and toward softball, under the premise that the two diamond sports are equivalent. Almost half a million boys, but only 1,762 girls, played high school baseball in 2017-18, according to the National Federation of State High School Associations.

That disparity is part of why Justine Siegal founded Baseball for All six years ago.

The girls in Rockford needed to look no further than two still-spry AAGPBL alums for inspiration. Former Peach Shirley Burkovich, 85, and former Peoria Redwings pitcher Maybelle Blair, 91, served as honorary coaches and connected with players like Apgar and 10-year-old Hazel Knox, who, despite the generation gap, share the same dream they once had: to play baseball at the professional level.

“I like how it feels when you hit the ball, get on base and bring people home,” says Knox, an infielder for the East Bay Hurricanes 11-under team. “And I like that we get to show the boys that we are good at playing baseball.”