In 2020, our BFA Captains, a leadership team comprised of 15 high school girls in baseball, dedicated their efforts to growing the game for an even younger generation of girls in baseball. Despite the unprecedented challenges the year presented, these high school baseball players each mentored a Junior Captain—and tapped into their creative sides to develop independent initiatives to motivate, inspire, and encourage girls in baseball.

Here’s an overview of each of these leaders’ projects from 2020:

“My initial project was to put together a home run derby fundraiser for girls. But since everything in DC was really strict, so I had to work with what I had. So, I reached out to my Junior Captain, Maggie Heaphy, who had a really great idea for her project. She started a website known as The Leadoff Initiative, where girls can learn more about girls in baseball and use it as a safe space. People can also donate money and resources to Baseball For All, so I thought it was a really good idea by her. I began helping her put this website together and putting it together and gave her suggestions. We’re hoping that Maggie can start part of the website where she’ll be able to interview members of the girls baseball community and put it on the site.”

“My [project] developed into a website where I interview and do journalistic profiling on different women in different roles in baseball. The goal of the project is to share different perspectives and stories of other women and girls. We’ve all had different paths through the game, and I want to expand it beyond ‘She’s the exception’ or ‘She’s the only girl on the team,’ to ‘Okay, but what else is her story?’ I hope to continue this project into [2021], and keep going with it and doing these kinds of profiles on a monthly basis.

“Because of COVID, my project moved into a different direction. (I was originally going to do a baseball clinic for girls in Alaska with my Junior Captain and other current and former female high school baseball players.) So, I decided instead to make a video about girls’ experiences in baseball. I chose this project because…it’s important for girls to have a place to share their baseball experiences. It gave me a sense of hope that even if we can’t be on the field together, we can still be there to support each other and share our baseball stories.” 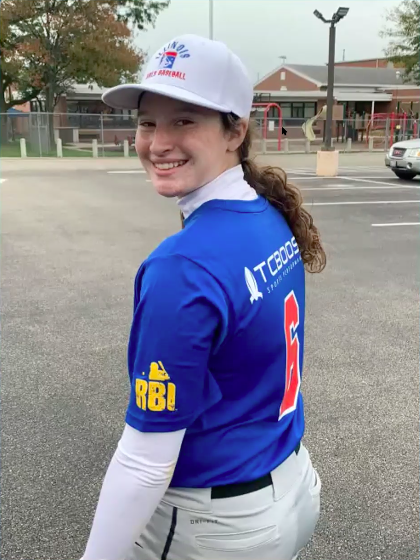 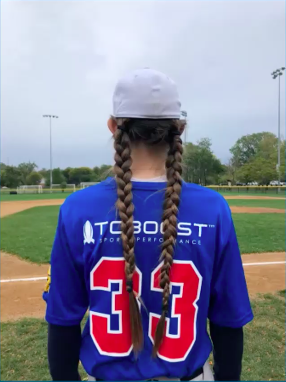 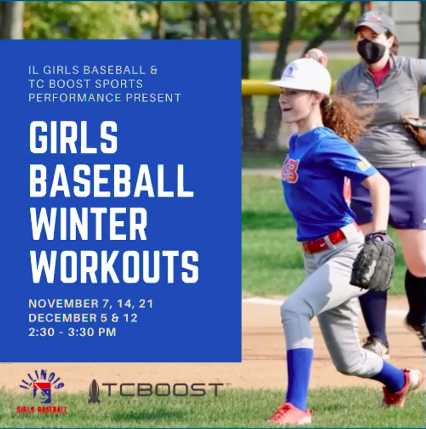 “My original project was hosting a girls baseball tournament in August with Illinois Girls Baseball, but due to COVID, this wasn’t able to happen, so my new project was the Illinois Girls Baseball Fall League. We had 24 girls ages 13–18 and had an 8-week season this fall. The fall league was really awesome. It was great for both the older and younger girls to connect as one big team. I remember what it was like at BFA Nationals in 2016 when I was a 13-year old playing in the 18-year old division. It was great for me, even then, to be able to look up to see and play against players like Beth [Greenwood] and Justice [Alcantar]. It was a really great experience to be on the opposite side of things this time as a player and take on more of a leadership role during this fall league. Later on this winter, we’re planning on having winter workouts with hitting and pitching. We’re hoping to have a spring baseball league at all our age levels, too.” 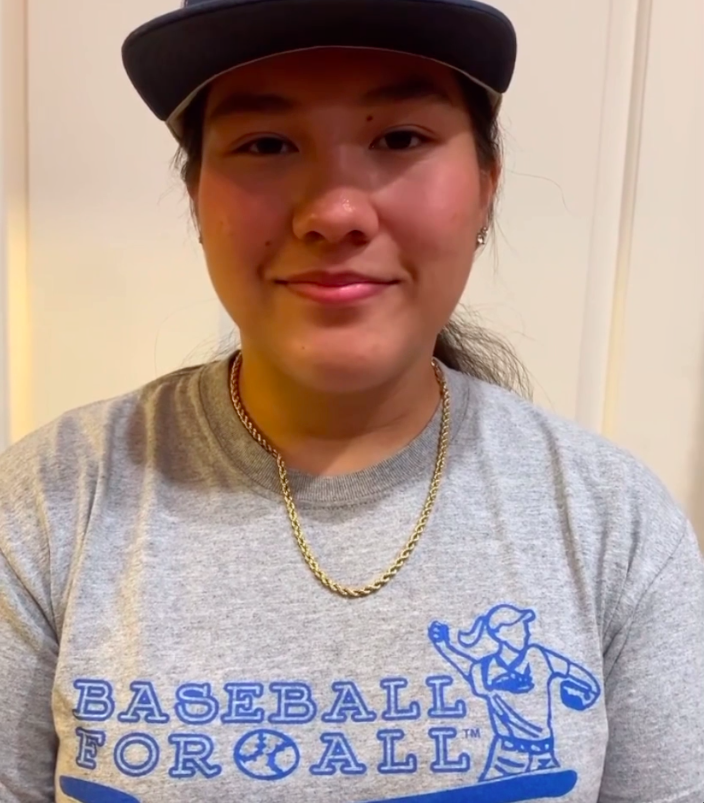 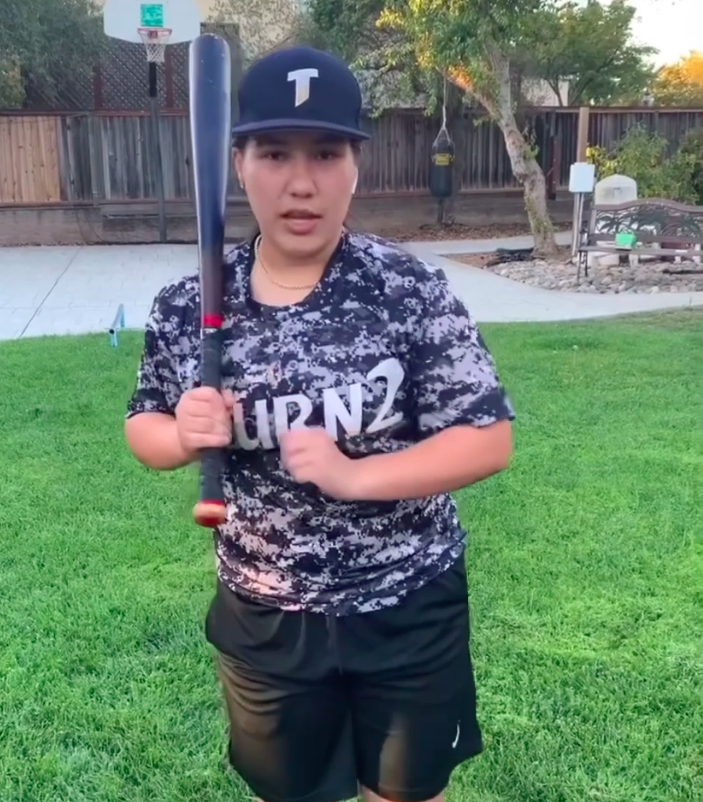 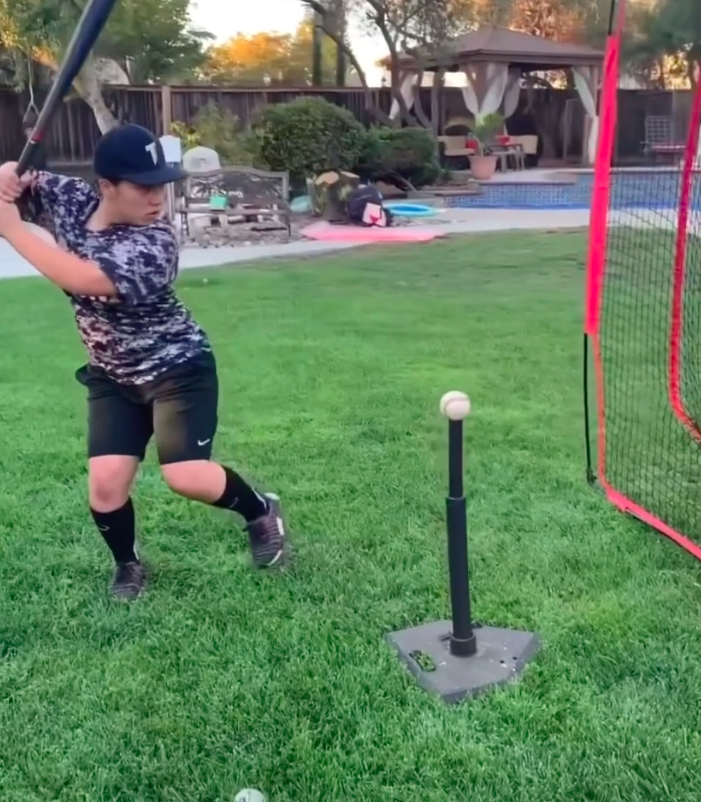 “I was originally going to do clinics with Maggie [Paulovich], but because of COVID, I decided to do [drill] videos instead. I’m going to be making more videos: one about agility, one on infield drills, and one on strength and weightlifting. I put them up on my Instagram (@cpjd04) so people can check them out.”

“I did a hype video/trailer to bring awareness and attention to girls in baseball because I feel like it gets pushed under the rug a lot. I learned there is so much talent and skill out there…and there are so many more girls playing than I ever thought before I started this project. [As a girl in baseball] you always have to fight for your spot and fight to be bigger, faster, stronger to compete, and I hope that this brings some confidence to girls in baseball to stick with it.” 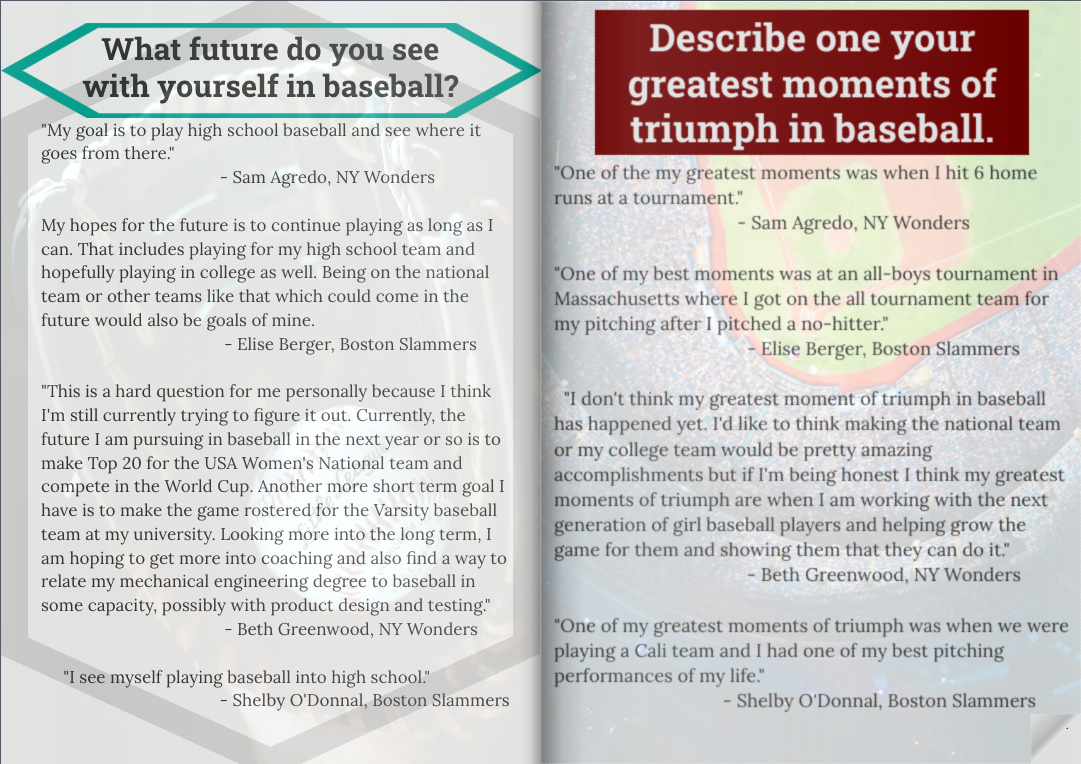 “I created a digital zine of about 15 pages called ‘A Glance at Girls in Baseball: From Baseball Girls, For Baseball Girls (Around the World).’ In this short zine, I have compiled a history of women in baseball, and words from 4 female baseball players on their experiences and goals. Some wish to play in college, and professionally. Others see themselves through high school. What remains constant is their love – for the game, for their teammates for the opportunity to play with other girls, and for the younger generations who look up to them. Hopefully, as the future looms nearer, more and more teams are formed and more and more girls are told they CAN [sic] play baseball – not that they must switch into softball, not that they are too weak, but that they have every right that their male counterparts do: to play America’s pastime.”

“I plan to hold a clinic in 2021 for girls in Southern California [which was postponed because of COVID]. It’s going to be two hours long. I’ve created a practice plan, and afterwards, we would have pizza and drinks so the girls could get to know each other.”

“Originally, I was going to do a baseball camp over a few weeks. I wanted it to be directed toward girls in middle school who were going into high school because I remember my freshman year how difficult the transition was, especially the physical part to match the other kids. Trying to compete with kids that are bigger and stronger than you—the jump from Little League to high school is huge—that’s what I wanted to focus on. But for now, my Junior Captain and I are working on an Instagram page, too. With my team, I also helped donate baskets of food during Thanksgiving and did a Christmas toy drive for kids who aren’t as fortunate as we are.”

“The reason for making these [strength and conditioning] slides is to help young female baseball players who are looking for tips, workouts, or even some inspiration to help them get through their day. I wanted to do this because over the years, I have learned a lot as a player and as a coach. I want to share what I have learned and how it got me to where I am today [as a Varsity high school baseball player]. I hope it will help and will inspire you girls to keep fighting.”

*Screenshot each slide so you have them handy the next time you workout. 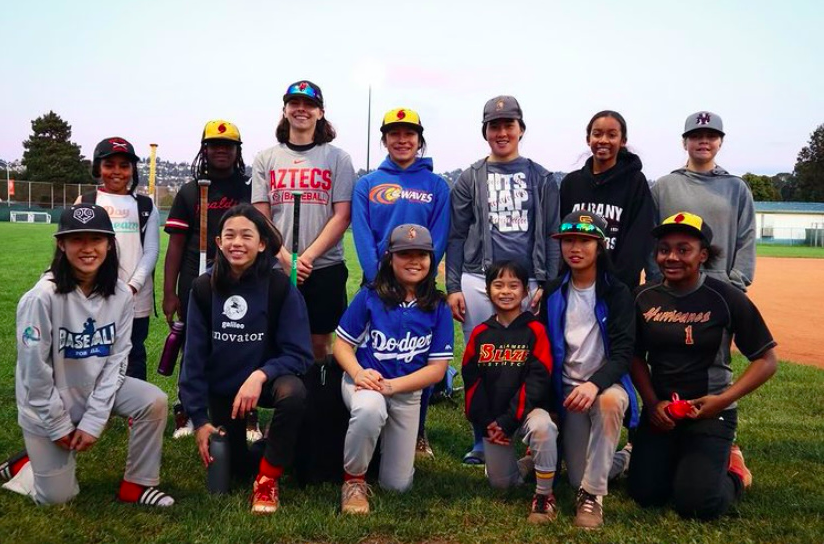 “[For my Captains project] I decided to coach the [East Bay] Hurricanes. With COVID, we couldn’t have in-person practices at first, so we held Zoom workouts. We would do these strength and conditioning workouts twice a week. After a three months, we were able to do have in-person practices. We worked on hitting mechanics on a tee and a pitching machine. We did pitching and catching and infield work with them throughout the year. I’m planning on continuing to do this with them next year, too.”

“This project was inspired by my dad. I remember that once he told me that when he was in the Dominican Republic (he’s from the Domincan Republic), they didn’t have all the materials—bats, perfect baseballs or gloves—so they had to improvise and find a different way to play baseball. Since no one is hanging out in large enough groups to play a full ball game especially due to COVID-19, pick-up baseball is a simple solution. This game is meant to make playing baseball more accessible without needing all of the equipment [and people]. It can teach younger kids the basics of the game and hopefully attract more people (boys and girls) to baseball.”

“I emailed the head of all sports here in New York to create separate boys and girls baseball teams for high school, but I haven’t gotten a response yet. [In the meantime,] I’m trying to create a club team [from Syracuse] that can hopefully come to BFA Nationals in 2021.”

“This video is to promote girls baseball in the United States. In this video, female participants usually said either that they didn’t play baseball and that they played softball instead—or they said they played baseball for a couple of years and then switched to a different sport. In this world, the [societal expectation] is for girls to go play softball. In this video, I’m trying to show that that societal standard is real.” 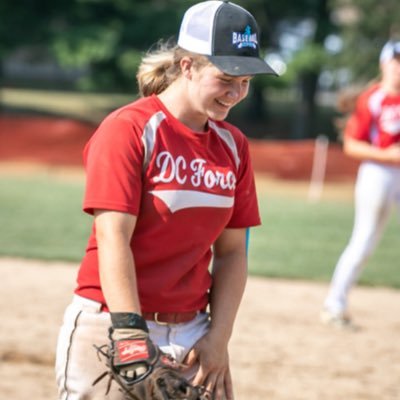 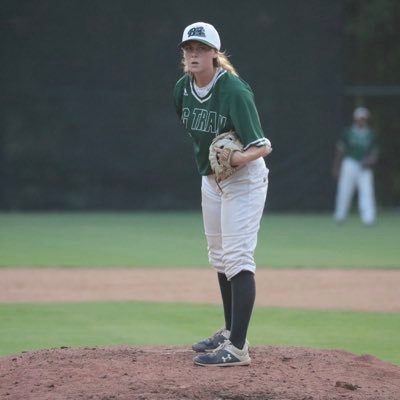 “I started working with my dad and the college summer team that we work on to integrate girls into the league more. So, we got a female pitcher named Kelli Jenkins who transferred to Chatham College. Now, this coming season, we’re trying to get female interns and broadcasters and integrate them into this level of baseball. I still want to keep working on my other projects and have a lot more ideas for the future, following my term as a Baseball For All Captain.”

Want to join a new team of #BFACaptains to help grow the game for girls in baseball? Apply here today.