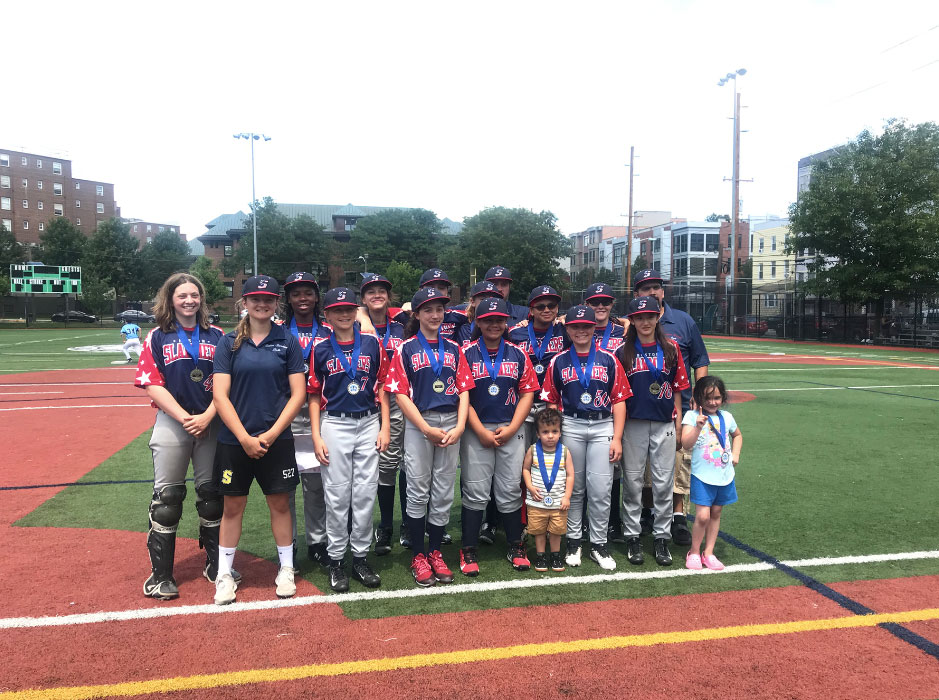 In 1972, Maria Pepe, a 12-year old girl in Hoboken, New Jersey was kicked off her Little League baseball team because of her gender. The news quickly escalated, catching the attention of the National Organization for Women, who filed a gender discrimination lawsuit on her behalf. Two years later, after a series of contentious court cases and appeals, an appellate court ruled in her favor, making it illegal for Little League Baseball to dismiss girls from teams based on their gender. Maria “aged out” of her hometown league before the conclusion of the lawsuit, but she is now the reason why girls can play baseball in youth leagues all across the country—and why we now, for the third year running, honor her in this regional all-girls baseball tournament in her home state of New Jersey.

Baseball for All
NY Wonders